A Research Guide and Bibliography 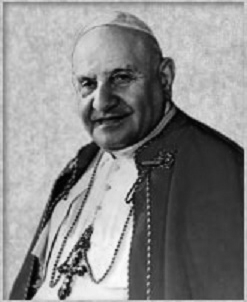 Catechism of the Catholic Church

Click the logo above to read the New American Bible, Revised Edition

Just three months after his election as pope, John XXIII announced his intention to call an ecumenical council for the renewing or "updating" of the Church.

This, the Second Vatican Council, was held in four sessions during the years 1962 through 1965. According to the Dictionary of the Ecumenical Movement, the issues discussed and debated by the Council included "divine revelation, the church, the liturgy, bishops' pastoral office, the ministry and life of priests, priestly formation, the laity, Christian education, religious life, Eastern Catholic churches, the church in the modern world, missionary activity, ecumenism, non-christian religions, religious freedom, and the communciations media" (p. 1189).

In 1963, Pope John died, so according to canon law, the Council was suspended. But Paul VI, John's successor, announced that the Council should continue.

The results of the Vatican II deliberations were 16 documents, the ideas from which have effected every aspect of faith and practice in the Roman Catholic Church. Again, according to the Dictionary of the Ecumenical Movement, "Without taking account of the debates and resolutions of Vatican II, it is impossible to understand the modern Roman Catholic Church" (p. 1189).

This research guide has two purposes:

The Documents of Vatican II

The immediate products of the Second Vatican Council were a series of 16 very important constitutions, declarations, and decrees.  To see the documents in the original Latin and in many other languages, click here.

Inter Mirifica (Decree on the Instruments of Social Communication)

Christus Dominus (Decree on the Bishop's Pastoral Office in the Church)

Perfectae Caritatis (Decree on the Appropriate Renewal of Religious Life)

Apostolicam Actuositatem ( Decree on the Apostolate of the Laity)

Presbyterorum Ordinis (Decree on the Ministry and Life of Priests)

The introductory text is based on these sources: 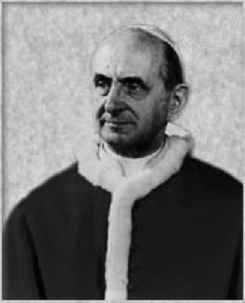 If you have comments or suggestions that will help make this guide more useful, or if you would like to suggest a topic for a new CRRA subject guide, please email Ted Bergfelt, Chair, CRRA Subject Guides Subcommittee, using the following link: Send Email