The Catholic Worker in the 1940s

Common elements of the Catholic Worker during the 1940s were the personal reflections of Dorothy and the "Easy Essays," poems written by Peter Maurin. Another regular contribution from Peter Maurin were his writings about what was happening at his farm. 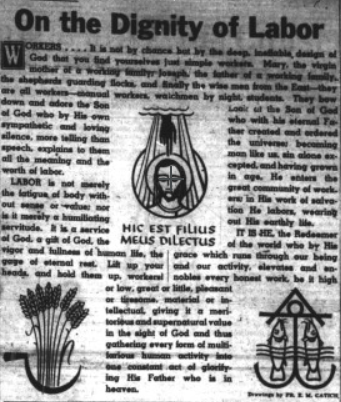